During this time of celebrating Halloween with costumes and acting, I feel led to write a series which I have entitled, “Mirror, Mirror On The Wall”.  Very fitting for some of the costumes we feel like we have to wear, the masks we put on and things we think we see when we look in the mirror.

Okay, so continuing on… we as little girls all want to be princesses.  After all, aren’t princesses cherished and loved?  And they get to live happily ever after with seemingly no troubles or issues or tears?  And their prince was just that, a prince among men.

We left Esther off getting her beauty treatments.  If you remember, Esther was an orphan being raised by her male cousin.  They were Jews who had been captured with their entire nation and were living in a foreign country – displaced as we call it now.  And the King was looking for a new queen.  So Esther was getting her year of beauty treatments.

We’ll pick up there.  After a year, it was her turn to go to the King for her turn at impressing him.  And impress him she did!  But let’s look at what that really means.

Up to this point, one can only assume that the girls who had gone to him before had mothers, or at least a womanly presence in their lives.  Most of the were not displaced or had been through many troubles or trials in their lives.  It stands to reason that her behavior patterns and her ways of communicating were a tad bit different than all the other girls.  She stood out!

Before she gets to that point, she gets the privilege of saving her people from death.  It involves fasting and praying.  It involves doing something that might cause her own personal death.  It involves wisdom and knowing when to speak and when to wait.  Some of these very issues are my very downfall – especially the speaking one… You can read more of her story by clicking on this link.

I can’t think of a more fitting verse than this, “ As for you, you meant evil against me, but God meant it for good in order to bring about this present result, to preserve many people alive.” Genesis 50:20.    Even in Genesis God is making all things work out for our good.  And that was tons of time before Esther was even a blink in her mother’s eye!

So what are the takeaways from this little posting?

1. BE YOURSELF.  I think I mentioned that slightly above.  What sets you apart is a gift from God who made you and loves you just the way you are.

2. We will have troubles… we will have problems.  Some will be due to our  faith in Jesus.  Some of our own making. “So we do not look at what we can see right now, the troubles all around us, but we look forward to the joys in heaven which we have not yet seen. The troubles will soon be over, but the joys to come will last forever.” 2 Corinthians 4:18 But He promises that it will ALL work out for our good.  Look at Esther’s troubles – she saved an entire race from extinction!

3. Our King, our Daddy chose us before the foundations of the world.  Before He even began to think about where we would live, He chose us!  “Blessed be the God and Father of our Lord Jesus Christ, who has blessed us with every spiritual blessing in the heavenly places in Christ, 4 just as He chose us in Him before the foundation of the world, that we would be holy and blameless before Him.” Ephesians 1:3-4

4. We are Holy and Blameless before Him!  Now, if we could just make that match the image we see in our mirror…

So let me leave you some Biblical encouragement… “These things I have spoken to you, so that in Me you may have peace. In the world you have tribulation, but take courage; I have overcome the world.” John 16:33 and “You are from God, little children, and have overcome them; because greater is He who is in you than he who is in the world.” 1 john 4:4 and finally “Who is the one who overcomes the world, but he who believes that Jesus is the Son of God?” 1 John 5:5 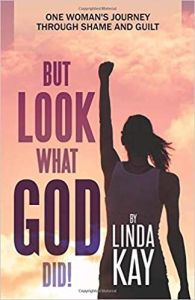