My favorite of the all!  The Hallelujah Chorus!  If you don’t know the story behind it, you will laugh a little at this.

So Handel and the musicians of the day were to perform the entire Messiah for the King.  They had practiced and practiced for this special occasion.  Well, if you’ve never sat through the entire Messiah, it is a bit long.  In fact it’s really long.  So they got to the Hallelujah Chorus and the King stood.  well when the king stands, everyone has to stand.  So they all stood.  And it’s been tradition ever since that when this song plays, you stand.  I have always, even when playing it in my own home.  But WHY did he stand?  As I recall the story from my childhood, it seems to me that the King was so tired of sitting that he needed to stand.

So without further ado: The words to the Hallelujah Chorus can be found here.  And you can listen to it here. 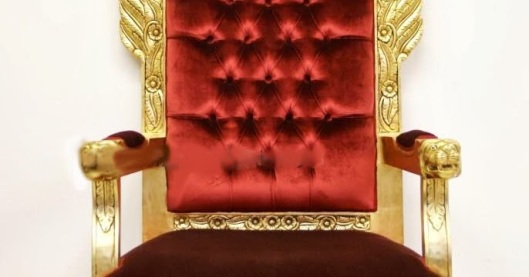 Hallelujah comes from the four-fold Hallelujah in Revelation 19:1-6.

19 After these things I heard something like a loud voice of a great multitude in heaven, saying,

“Hallelujah! Salvation and glory and power belong to our God; 2 because His judgments are true and righteous; for He has judged the great harlot who was corrupting the earth with her immorality, and He hasavenged the blood of His bond-servants [a]on her.” 3 And a second time they said, “Hallelujah! Her smoke rises up forever and ever.”4 And the twenty-four elders and the four living creatures fell down and worshiped God who sits on the throne saying, “Amen. Hallelujah!” 5 And a voice came from the throne, saying,

“Hallelujah! For the Lord our God, the Almighty, reigns.

This is exciting – all of us in heaven singing Hallelujah!  I can’t wait!

And the place where it says, ” The kingdom of this world IS become the Kingdom of our Lord and of His Christ,” is from Revelation 11: 15-16

“Then the seventh angel sounded; and there were loud voices in heaven, saying,

“The kingdom of the world has become the kingdom of our Lord and of His [j]Christ; and He will reign forever and ever.” 16 And the twenty-four elders, who sit on their thrones before God, fell on their faces and worshiped God…”

Such a beautiful scene in heaven where we get to shout, Holy, Holy, Holy is the Lord God Almighty!”  And Hallelujah!

I think I’m going to liken this back to something I’ve written about before.  There’s a book called, “Driven By Eternity” written by John Bevere,  It’s all about being Kingdom minded and eternity minded rather than get caught up in our own messes here on earth.  And this rightly puts that into perspective.

So, even if only for today, be “big K” Kingdom minded and think about the glorious time we are going to have in heaven!  This will put your day in perspective and encourage you in all you have to tackle in your “little K” kingdom for the day.