Hope you liked the song in part one.  If you missed it, you can read it here.  I love that the songs are comprised of Bible verses and not only tell the story of Christmas, as we call it, but also lay out the gospel plan of salvation for everyone.

A tad bit of history:  The king asked Handle to write a composition for Easter.  Handel lived at the same time as Bach.  But Handel was a bit more passionate about his work and the king liked his style.

“Handel composed Messiah in an astounding interlude, somewhere between three and four weeks in August and September 1741. “He would literally write from morning to night,” says Sarah Bardwell of the Handel House Museum in London. The text was prepared in July by the prominent librettist, Charles Jennens, and was intended for an Easter performance the following year.” (via the Smithsonian)  I always heard he wrote it in one night with the door closed and not coming out until morning.  In any case, three of four weeks for completion of this masterpiece was a miracle of utter proportions.  It definitely had to come from God.

So, without any more history, I’m not much of a history girl, here are the lyrics to Since By Man Came Death. 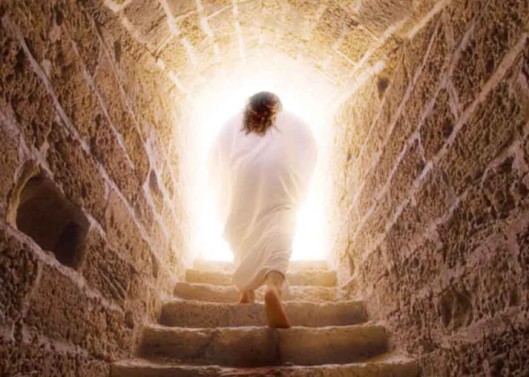 Again only one verse.  Still preaching the Bible.

You can listen to it here.

And now for the pick-apart.

Adam sinned, so sin came into the world.  And apparently we have been sinning from the very beginning of our lives.  “Indeed the sons of Israel and the sons of Judah have been doing only evil in My sight from their youth;” Jeremiah 32:30a.  God says it is so, so it must be.  And in my own life, I can proclaim that the devil doesn’t wait to get to you until you are old enough to understand.  He comes at you full force from the very beginning.  But God!

And even from the very beginning, God had a plan to help man come back to Him.  In Genesis, God didn’t just let Adam and Eve walk around in sub-standard clothes.  Nope, He still loved them and cared for them.  So in Genesis 3:21, God made clothes of skin for them.  Why is this such a big deal?  Because this was the first sacrifice where something had to die because of sin.  God had to kill animals to make them clothes.  Even back in the beginning, God was caring for man and making a way for them to Him.

But God, wanted a permanent way for man to have a relationship with Him again.  He wanted to have a way for us to be with Him after this temporary life.  So He sent Jesus to be that all-atoning sacrifice for us.  No more animal sacrifice.  All we have to do is repent, be baptized and follow Jesus.

So this song is about the redemption of sins once and for all, God’s perfect plan so He could have relationships with each and every one of us.  Such a loving and forgiving God.

I hope this one speaks to you, it sure did me.